Titanic is a historic icon of the modern world. Its fate brings us many lessons from which we highlight here 6 that can benefit today’s Construction market.

The Titanic ship is a historic icon anywhere in the world, either from its real history or from its 1997 motion picture with Leonardo DiCaprio and Kate Winslet. One way or another, it is famously known as the unsinkable ship that did sink. Let us dig into great takeaways we can get here to inspire you and your team at your construction company to do better and succeed at your projects.

If this is an article to inspire success why are we taking a look at a boat that sank you may ask yourself now. Fact is, many times, we learn better with painful situations. So let us learn from other people’s mistakes to avoid them in our lives and careers.

Think Big and Go for It

Construction Innovation is essential to the word and innovating is doing something that has never been done before. As a product or as a process, you are doing something completely new or you are doing something in a completely different way. Titanic left its mark in history even though it sank in its maiden trip! Over 100 years later, we still think about it and talk about it. If you can dream about something great, find your way to make it happen. In the construction market, a lot can be based in math and science. If this is not your role, find the people that are able to support your idea and that would devote to it as their own.

Many times things are put aside or denied for lack of reference or a guide on how to do it correctly. When we are doing something for the first time, you have space to establish what you believe is the best way to do it. Do your homework and research about the possibilities. Build parallels about other inventions and correlate the kind of invention you are proposing. When presenting your idea, show not only the technical part that this is doable but what this will mean to your company, market or even to society as a whole. Show your vision!

Keep Up with the Improvements

Reviewing things in search for improvements is a deeply needed exercise for business resilience and continuity. One must be able to revisit its creation from different perspectives and identify points of improvements, even though you might be criticizing your own work. There are many aspects of a construction project to be taken into consideration and many times things can only be seen when they are done.

Listen to your team, to your co-workers. What do they have to tell you? What is going on in the project? Good communication in construction is fundamental to success. Visit your projects and see things with your own eyes too, especially if you are the project owner. Thomas Andrews was Titanic’s chief naval architect. As he did with all his boat projects, he went on its maiden voyage to seek possible improvements from aesthetic points to technical points.

Risks Are There to be Taken, Choose Yours Carefully

We all know what happened when the ship had only 20 lifeboats instead of the 46 originally planned. You will not be able to control all the aspects and you will have to leave things aside. Choose carefully what you will fight to avoid and what risks you will choose to take. Ignoring them for they are less likely to happen should not be an option. It was a sad decision taken in the Titanic case. Plan what should be done should the risks actually happen. Have plan B, C and even D.

Another tragic history that changed the way we do construction was the 9/11 attacks. Once more, after a tragic point in history with many deaths, construction workers addressed the risks. In this case, today safety and evacuation procedures are taken way more seriously than before. Many new solutions emerged after to address the painful points seen in that case.

Humans Are Fallible, Take Good Care of Yours

The Titanic was close to being perfect, in the eyes of its chief naval architect, thought to be unsinkable. Yet, after a few human mistakes, it took over 1,500 lives with it. The point here is one thing is your construction masterpiece another is how humans will deal with it. Accept this and prepare your team to understand that. We are not perfect and we will fail at some point, more than once.

The human factor needs to be considered among the risks and it ultimately needs to be addressed. After all, construction is done by and for humans. Most things around us are touched by construction. This market has a huge impact on people’s lives and, therefore, an equally huge power of transformation - for better or for worse. Lead them to their best to minimize the problems. Encourage them to always seek the best construction solutions and not the easy way around the problems. Give your own behaviour as an example to inspire others.

Lead with your own example, we know a genuine leader when things are going bad. When Titanic was declared to have no other fate but to sink, Thomas Andrews faced the music of “his” ship and led the evacuation to support saving as many people as possible, starting with women and children. When the ship’s officers who survived were interviewed in New York, he was unanimously called a hero who put others’ lives before his own and who died doing this. We previously stated that people will make mistakes and this includes yourself. This is not a problem itself.

The issue here is: how do you behave when you or your team make a mistake? Do not abandon the boat! Stay with your team, support them to solve the most urgent points first and seek a solution. Looking for something or someone to blame will not make you look good and more importantly will not solve the problem. Your team and company are your ultimate responsibility. If they do something wrong, you did so. Take this to your hands and lead them to the path of teamwork to put the fire down out of the issue the best possible way. This will bring you loyal employees who, feeling respected, will devote their best to your team, project and company.

Paint Me as Your French Women

Even at a management or executive level, you may face a problem that is not in your power to solve. What do you do then? Get inspired by the fictional case of Rose and Jack. In the film, they already had a sense that something wrong was going on, but the official information was not yet at their level. Rose then asks Jack to paint her as one of his french women in one of the most iconic film scenes of recent cinema. The lesson to be learned here is if something is going wrong it does not mean that all is going wrong and that nothing good can come out of it. If you know what is going on, do you ask yourself what you can do so support the response team to solve it? Do you offer some help? Do you look at the people around you? These were some of the main brave and noble actions our heroes in the film did. Rose and Jack intensively lived, loved and helped others in their path as they could.

Titanic made history in many aspects, teaching us that even in the saddest stories one may find positive points to be learned and followed. Here we highlighted 6 key points to inspire you to achieve more and to find your own learning path. Do not be ashamed to think or to be different. Lead and support others on your way up, always taking your share of the responsibility. Great minds may shock some people with their perspectives but, at the same time, they are the ones changing things for the better.

Why Do We Need Innovation In Construction?

5 Construction TV Series Worth Your Attention 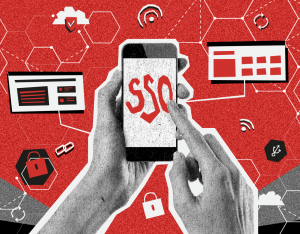